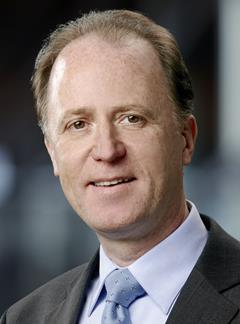 "Antonio Monteverde combines extensive technical experience of the satellite communications industry with an excellent track record in sales and business management," comments Dan Technologies CEO Ole Clausen. "He has also represented Hiltron very effectively at major industry events such as Angacom in Cologne and the NAB Spring Convention in Las Vegas as well as on Hiltron's exhibition stand at recent IBC shows in Amsterdam."

"The core of Hiltron is a highly skilled engineering team which develops excellent satellite communication hardware and software whenever needed to augment the third-party solutions it needs in its role as a satcom systems integrator," Antonio Monteverde adds. "My mission now is to build on that knowledge base and product portfolio both here in our European home markets and around the world."

Antonio Monteverde joined Hiltron in April 2016 from AFT Microwave where he managed sales and business development of microwave components among others in the satellite communication segment. After securing a masters degree in telecommunications and informatics from the University of Genoa, Italy, he joined Italtel SpA in 1996 as System & Project Planning Manager, advancing to a management role at Bosch Telecom and in 2002 to Marconi where he was promoted to Senior Account Manager. He progressed in 2007 to Ericsson GmbH which he served for nearly six years as Sales Director - Dedicated Solutions CEMA before joining AFT Microwave.

Hiltron Communications (www.hiltron.de) is a globally active system integrator, manufacturer and distributor in the field of satellite and wireless communication. The company operates from modern purpose-built headquarters at Backnang near Stuttgart. On-site facilities include a large technical operations area with high access doors and ceiling, capable of accommodating satellite-link vehicles and their roof-mounted antennas.